Twisted Fields is an organic farm located in San Gregorio, CA in the San Francisco Bay Area. We serve our local community with fresh produce, eggs, pottery, and more.

We are also studying the science of organic farming automation. To aid in this study, we have developed Acorn, our solar powered precision farming rover. We’ve created this community to serve as a place for discussion of Acorn, our other research projects, and local farm events.

We hope you enjoy the discourse!

Thank you so much for furthering organic farming science and making your robot open source! Those are important contributions to the world and I appreciate it.

(And also, thanks for using a forum format instead of the trendier but much less organized chat services others keep using.)

This is a very fascinating project. Coming from electric machines and automotive/precision motion, I immediately see a dozen areas of concerns in regards to long term unattended operation in all weather environments.

I look very much forward to assisting in this project and also learning the machine vision and learning side of it!

Thank you @bryophyte for the kind words and for joining our forum! Yes this forum software “discourse” has been a huge success for communities online and I’m very happy to have this running.

@seancf Thank you for joining and I’m glad you can see some areas of concern! I’m aware of some of them but if we put our heads together we can help make this project even better.

And yeah the machine vision is gonna be fun!

Hey that’s great Will, I’m glad to have you here!

Hi everyone! I’m Taylor (they/them), the engineer primarily responsible for Acorn’s development. I became interested in farming automation some years ago, when I realized we can improve quality of life for people by making a good life cost less. If we do that for all the necessities of life, everyone could live well. And what greater necessity is there than healthy food? The dream became a reality when I met Daniel and we started working on what would become Acorn.

But I’m curious what brings you all here. Who are you and what interests you about our work?

Looking forward to meeting you here!

Coming from a dual electro-mechanical engineering and comp sci background here, and experiences from across the spectrum (e.g., from the International Space Station to fun side projects with RPis). Current career area is deep learning, and I can see lot of opportunity here for that specialty. Interested in understanding the initial use cases and their priorities, as I have a small sheep farm that could benefit from such a rover for chemical-free weed control and perhaps light duty clipping of a paddock once sheep are rotated to a different pasture. Also had coursework in solar engineering and electro-motive design, and designed and have been living in a solar powered house for 20 years now.

Hi Taylor, I’m Dennis Duncan. A retired computer scientist/software engineer and mathematician. 18 years ago I started a small, organic farm, https://www.HighAltitudeRhubarb.com, as a hobby. Started commercial sales 13 years ago. We’re on 6 acres in Black Forest, Colorado. I started a steep learning curve on mechanics, arduino/Raspberry Pi/etc., last year with the goal of creating two robots. One to weed and another to patrol the farm at night, to chase away deer (noise, lights, water, nerf darts). Deer only became a problem after we experienced a major fire in 2013. Just learned about Acorn. I applaud you for both your success and plans for putting it in the public domain. I’ve got most of the hardware for a prototype deer patroller but have a lot of programming ahead of me. If you’re still interested in working with industry partners to refine and apply Acorn, I’d be interested. Since deer predation occurs at night, I’d need to adapt Acorn to run off batteries. Perhaps the solar panels can be adapted to build a daytime charging station for Acorn. If you’d like to talk, just let me know. (I was planning to put my results in the public domain, too, just as I have published our farming technology. I’ve presented a few papers at conferences and put most of the important information at our website. So I have no concern about my contributions being trade secrets.

Your farm looks great! Hopefully our code and system design will be useful to you on your patrol bot. The code is mostly undocumented but I hope in time to improve that.

We would certainly appreciate your insight. Once we get a little farther along I’ll be reaching out to more people for application ideas. I hope you’ll stick around and we can chat when the time comes. Thanks for joining!

I see I started an introduction thread when the system had already created one. Let me see if I can merge threads…

The farm is a lot of fun and a satisfying, worthwhile endeavor. At 72 I’m getting a bit threadworn and the labor-intense aspects of organic farming begin to take a toll. Wife will never move, though, so I’m in it for the long haul.
Should you make Acorn kits available, I’d consider buying one and would certainly share any modifications I make. Would undoubtedly need help from time to time, too. Looking forward to watching your progress.
Sent email a while back to your “info” email. Offered some roots of our Victoria rhubarb. (Acorn appears to be moving over rhubarb rows in the YouTube video). My plants produce 90 lbs. each in zone 4-5 (climate is unstable these days…no real climate anymore as the planet warms). Your rhubarb looks more like a Turkish hybrid. Does it have a mild, citrus aftertaste?

Oh thank you! I’ll ask about the email and our Rhubarb. I’ve not tasted ours myself but now I’m curious! Do you think it would grow in our area (seems like we are 9b)?

Hi Taylor, also 9b in Sacramento here. Rhubarb does not grow fantastically for us but it will grow. If you grow a variety that isn’t governed by the light cycle but by the temperature, then you could grow it counter-season.

Hello - I recently watched Kiss the Ground on Netflix that talked about how no till methods could result in carbon capture to offset human generated emissions which is something appealing to me. My degree is in electronics, I daily work with deep learning, computer vision and cloud technologies and am in process of purchasing a farm. I like that the code is in python and am interested in building a robot and being involved in the project.

I am also focused on the no-till poly culture and aggro-forestry applications.

I should share some of my background, I’m a hybrid ME/EE with mostly electrified powertrain and motor design experience in automotive and robotics applications. While I have coded Python, C+, Java, and done a small bit of PLC work for powertrain and transmission controls, I have mostly ME+Electromagnetics experience.

Welcome stefan! It is so great to have you here!

I too have been inspired by regenerative agriculture. Believe it or not for me it started with a Dr Bronners soap label that I read every time I shower! 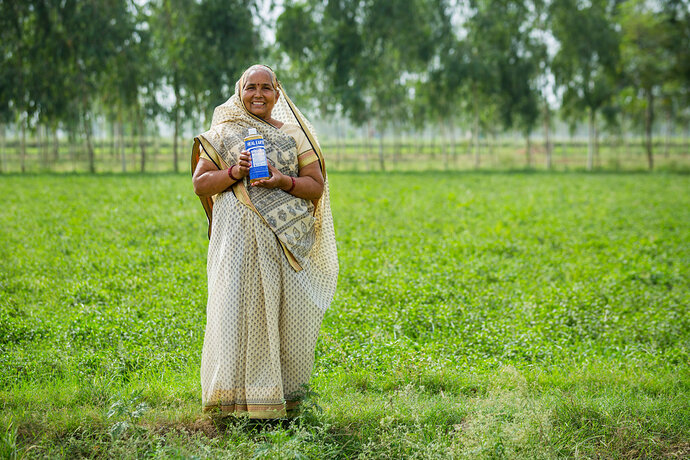 Behind the Label: Heal Earth!

Ever read the Dr. Bronner’s soap labels?   Our founder Emanuel Bronner was on a mission to 'Unite the whole Human Race! For we’re All-One or None! … Exceptions eternally? Absolute None!” Emanuel’s parents were murdered in the holocaust, and with...

I am glad to hear you work daily with computer vision. That’s going to be useful very soon!

This project is amazing and I hope to help in any way that I can. I’m currently a student in Mechanical Engineering at University of Minnesota. Right now I’m working on an autonomous solution for precise infrastructure trimming on golf courses. It’s a very computer vision heavy project so far, but I am looking into physical probes/sensors to gather more information about the environment. I’ve always had an interest in merging robotics with the natural world so I’m excited to see where this project goes!
-Zach

Ah that’s great! Robotics in the natural world seems to be my developing specialty (given my other robot is an off road forest explorer).

I’m building up the camera system now so hopefully your computer vision experience will come in handy!

Hi. Really nice to see this project taking shape! I’ve been having similar ideas for some time inspired by farmbot, but never liked the idea if having it locked to that small area.
I’m living in Sweden and moved to a small old farm (~3 hectares - 7.4 acres) a few months ago and have the plan to over the coming years be able to grow food to feed more than me and my partner. As I’m working with cargo bikes by trade, I’ve got some left over bike parts which I’ve used to put together a a mockup a couple of months ago.
My idea, was something a bit smaller than Acorn but I guess lots of parts and more or less all the code would be applicable to vehicles slightly different to Acorn.

First goal for me would be to get it drivable, then try to get some kind of positioning going and then aim for weeding and maybe documenting i guess.

Really looking forward to follow this and hopefully be able to contribute in some way.

I just stumbled across a 2nd hand drone with a pixhawk 4 flight controller which I’ve seen been used also for ground level rovers. I’ll probably have use for a drone for the field anyhow and thought it would be a kick start to get going with navigation faster, but it would also be nice to line up with your setup to easier be able to contribute, is there a BOM avalible, including elecronics, for the current development version?
I found the BOM for the RPIhat, but I guess there are a few other parts to get navigation going, I have motors and motorcontrollers for driving which I should be able to interface with a RPI quite easily. For steering I need to figure something out. 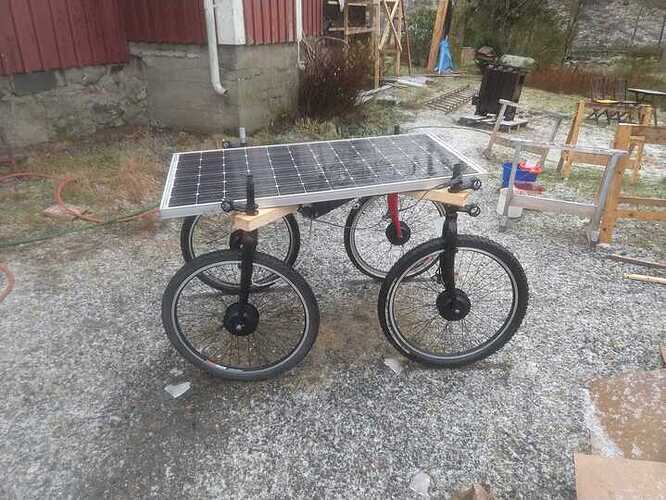